‘The time for action’ to support most fragile States: Guterres

The pandemic has forced more than 100 million people into poverty and more than four billion have little or no social support, healthcare or income protection “when they so urgently need it”, he informed the annual International Monetary Fund (IMF) and World Bank event.

“The Sustainable Development Goals (SDGs) are at a real risk of failure. Solidarity is missing in action and a sense of injustice is spreading – creating a breeding ground for violence and conflict”, the UN chief said in his keynote speech.

“People living in fragile and conflict-affected States are suffering most of all. We must fulfil the commitments we have made to change course”, he added.

Mr. Guterres welcomed the IMF’s Strategy for Fragile and Conflict Affected States, which he described as “a critical step to applying a crisis prevention lens” to the complex and multidimensional risks arising from the pandemic and its recovery, particularly for nations emerging from crisis and conflict.

“Fragility and conflict can only be addressed by macroeconomic policies that promote inclusive growth and resilience, centred on a transition to stability and the 2030 Agenda for Sustainable Development”, he said.

Turning to vaccine inequality (inequity?), the UN chief called it “a moral outrage that is condemning the world to millions more deaths and prolonging an economic slowdown that could cost trillions of dollars, hitting the poorest countries hardest of all”.

He upheld the need for a “bold collective push” to end the pandemic, and deliver a sustainable, inclusive global recovery – with a global vaccination plan that reaches everyone, everywhere.

Meanwhile, he recalled that as part of the World Health Organization’s (WHO) Global COVID-19 Vaccination Strategy – designed to get vaccines into the arms of 40 per cent of the world by year’s end and 70 per cent by mid-2022 – countries affected by crisis would require “targeted” investments in local vaccine mechanisms and capacities for quick and fair delivery as wells as to strengthen health systems and help prevent future pandemics.

Recovery that benefits all

The top UN Official saw three areas for a recovery that benefits everyone, including the most fragile States, beginning with scaling up investments in short-term crisis relief and long-term recovery.

“The G20’s Debt Service Suspension Initiative must be extended into next year and expanded to include middle-income countries” along with a comprehensive strategy on reforming the international debt architecture, he said.

“No country should be forced to choose between servicing its debt and serving its people”.

The UN Global Accelerator on Jobs and Social Protection aims to create 400 million new jobs in the green and care economy by 2030, and to extend social protection to the four billion still left unprotected.

And finally, to achieve an urgent breakthrough, the international community must “lead from the front” by working in close solidarity across the humanitarian-development-peace nexus towards common goals.

“There is room to strengthen our joint work in prevention and peacebuilding, for example, by facilitating exchanges, sharing analytics and seeking entry points to support inclusive national priorities”,  the UN chief elaborated.

In closing, he spelled out: “Now is the time for action”.

“With greater engagement and collaboration, we can support the most fragile States affected by conflict and crisis towards a better, more peaceful and prosperous future”. 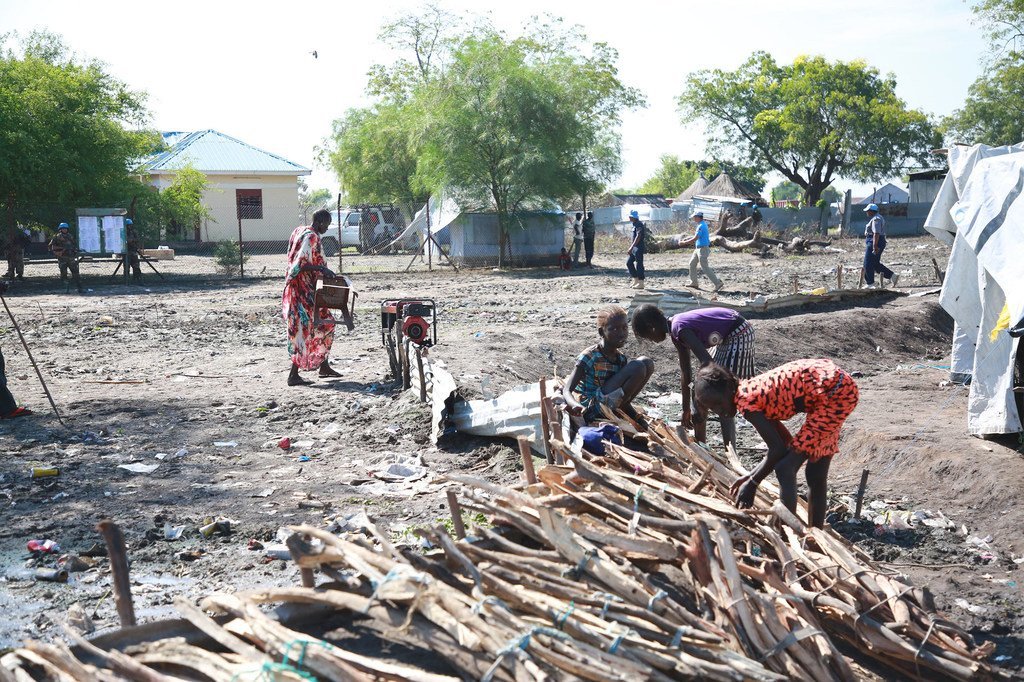 Many people in South Sudan are living in poverty after years of underdevelopment, corruption and conflict.

A new Facebook whistleblower has come forward with more allegations

A second Facebook whistleblower has come forward with a new set of allegations about how the social media platform does business. First...
Read more

The way the inspections are done has changed little as well. Historically, checking the condition of electrical infrastructure has been the responsibility of men walking...
Read more
Load more

A new Facebook whistleblower has come forward with more allegations